The man ignored her, searching through the cots, eventually finding one that still seemed usable. Then he sat down on it, ripped a sheet of paper from the tinker bound journal Earl had been so proud of, and scribbled furiously on it.

“And that is why Bildad needs me. With Walt dead, the only other people with a higher claim on the silver than a treasure hunter would be the people who had worked the mine.”

Martha coughed as her lungs protested the prolonged conversation and smoky air. But the warmth and rest was helping them recover, so it wasn’t long before she was able to finish her thought.

“The treasure hunter would still get a cut of course, but most of the silver will be ours.”

“You mean most of the silver will be mine. I’ll not escort you to Phoentown only to have you go back on our deal and try to keep the silver yourself. If you expect me to let you live long enough to try to quest, you’ll put your mark on this.”

Bildad walked over and thrust the paper, with his rough charcoal printing on it, into her hands. Martha squinted at it in the firelight. It was crudely worded but did a fair job of summarizing the deal they had worked out. With one major omission.

“This says nothing about the Warren.”

“Of course it doesn’t. The Warren’s a secret, I can hardly write about it on a legal document that may go into town records. You have my word sworn on Argentum and that will have to be good enough.”

Martha considered for a moment, then nodded.

“O.K. I’ll sign this as long as you add a spot for Argent to sign as a witness.”

“O.K. we rest here for a quarter of a watch then we head after the thief.”

“Well I don’t know about you, but I’m exhausted. I certainly won’t be able to put in another day like this one without a good long sleep. Why don’t you go outside, fill this pot with some snow for boiling, and get those onions from the clearing. I’ll try to find out which if any of these potatoes are salvageable.”

“Ignore the weir and get some sleep. We’ll be on the road again soon.”

“Not without a good meal and a good nights sleep I won’t. I know that you’re trying to keep me off balance but it won’t work. We have a month to claim that treasure and even if you are concerned about catching up to the silver before it gets to town for some reason. We can move a lot faster than whoever is dragging that chest.”

“We don’t even know for sure where the thief is taking it! What am I doing wasting my breath on you, you’re a weir for Ferus’ sake.”

Argent looked torn between the two of them.

“What if … what if you scout the area and we stay here for the night and then catch up.”

“I can’t leave you here, alone with a weir who’s bewitched you … your father would kill me!”

“And you can’t kill this innocent girl either as you need me alive to be able to extort my silver. Guess that means that we’re staying night.”

Our Most Viewed Entries 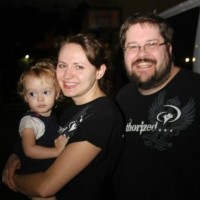 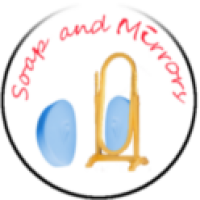 Midwife to the Soul
Stephen Mayers

Momma K's Diggin' in the Trenches

"And in these stones, horizons sing ..."